It was opening night at Hamlin 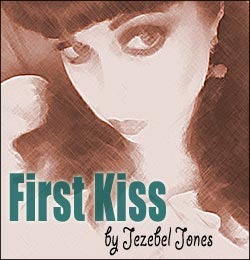 Trepidation hung in the air, like the b.o. of 30 sweaty adolescents and teens too embarrassed to ask their parents for a stick of deodorant. It was just a week before Easter Sunday and the auditorium was buzzing with excitement, gossip and hellos as hundreds of parents, community members and church goers greeted one another and started to take their seats. The performance was about to begin.

Although the name of the musical is long lost in the pock-filled labyrinth of my adult mind, I do remember bits of the story and songs. The musical was an interpretation of Jesus’ life as seen through the eyes of a young orphan boy, Nathaniel.

Nathaniel lived in an orphanage and he, along with all the other orphans had this crazy pipe dream of being adopted one day. Specifically, he really wanted a Dad. Stop me if you’ve heard this one before, right? Yeah, I know.

The role of Nathaniel was the lead and during tryouts a few months before, competition was fierce. It almost went to my crush, Bobby Nyberg*, who at 13 was an “older” boy. All the girls had a crush on Bobby. He was the most popular boy in the 7th grade. Athletic and smart, he had recently started sporting a whisper of a blond moustache.
The auditions were fierce.

And it was close. The role of Nathaniel almost went to Bobby, but in the end they choose someone else. In an unprecedented and gender-bending decision, they chose ME. And I became Nathaniel, the singing Jewish orphan boy (Bobby got a supporting role as a fellow orphan).

I don’t remember what the in’s and out’s of the plot—I think my character meets Jesus, is shocked at his death, overjoyed at the resurrection, gets adopted by a nice family and finally has the father he’s always wanted. It had a warm fuzzy ending and was followed up by an altar call or offering. Probably both.

But hell, the crowd didn’t know any of this yet. It was the first show, and from behind the curtain we could hear them whispering and stirring in their seats with anticipation. The auditorium lights dimmed and one of the drama teachers walked on stage to introduce the play.

Someone gave the two-minute warning from backstage. The curtain was about to go up and I was terrified with excitement. Something magical was gonna happen; we all felt it, waiting in silence.

Suddenly in the dark, a warm hand squeezed mine and as I turned to look. Bobby Nyberg. I turned and he pressed his lips to mine. I kissed him back. Softly. Behind the curtain. Magic.

I faintly remember the praises we got afterwards; the crowd really loved it and we added more performances. I’ve forgotten a lot of the details. The mementos of my childhood are all gone now.

But I’ll never forget the wonder of that well-timed first kiss. Tender lips, the jolt of adrenaline to my heart. And a hand—squeezing mine—in the dark.

*You didn’t think I’d use real names now, did you?